In the run up to the 2016 Internet of Things Summit in Galway, Ireland, we interview some of the leading speakers due to participate. We discover some of the possibilities that the Internet of Things (IoT) can bring in preparation for next week’s summit. This podcast features three interviews with Mark Bannon, Brian Cahill and Peter Corcoran – all experts in this field.

We kick off the podcast with Mark Bannon who introduces and explains the concept of the Internet of Things. We learn that it requires a special or dedicated network in order to transmit the volumes of data generated. Mark uses utilities, specifically water metres, as an example of how the concept works.

Thinking of starting a business in Ireland on IOT? Just listened to this podcast, I found it useful. Click To Tweet

Listen to the podcast on the Internet of Things

Mark’s company VT Networks uses SigFox Technology. His network has been rolled out on 2RN (RTE Networks) masts around Ireland. SigFox is new but uses an old technology – radio waves. It is low cost and uses 300 times less power than mobile phone applications. It is a standardised system, with uniformity across the globe. Soon it will be available in 60 countries.

After giving us an overview of his company. Mark discusses his own transition from accountancy to the Internet of Things. It’s pretty uplifting as it teaches us that by taking the plunge people can see themselves working or managing in any given field.

Next we hit up the Mallow Systems Innovation Centre in Mallow, Co. Cork, Ireland. The centre has a well-established track record in IoTs. We talk to Brian Cahill about turning Mallow into a living laboratory town. We explore all the goings on down there. We learn about the hugely positive interaction between SMEs and the local community. SMEs are rolling out their technology for trials with a cohort within the community willing to take part. Free public and research Wi-Fi systems are expected to be rolled out soon. 15,000 people live in Mallow, which is a central hub for north Cork. In many ways it’s a bottleneck. In other ways it’s a blank canvas. Interestingly we find that it scales well. This means that problems, trials and simulations conducted in Mallow can all be scaled up to big cities.

Lastly we interview Peter Corcoran who is named as a co-inventor on more than 300 U.S. patents. We talk about the challenges for businesses in the IoT sector; chiefly security and privacy issues. There’s also a lack of a unifying standard for IoT, which Peter says has hampered its development. Peter’s view is that some of the market predictions for the IoTs are exaggerated.

He suggests that the trajectory of IoT growth will not follow the growth of devices such as smart phones. Many of the ‘things’ in the Internet of Things will run in the background. We are mostly talking about infrastructure like utilities, smart grids and smart cities.

Security is therefore a big concern. One hack. on one object is trivial. However if an IoT ecosystem was hacked then the stakes would be much higher.

Peter tied up the whole podcast. We learned from Mark and Brian about the exciting developments in IoT infrastructure. Peter also got us thinking about infrastructure, which it seems is already in place. For businesses thinking about entering this space, the Internet of Things is about establishing a business need for this technology. 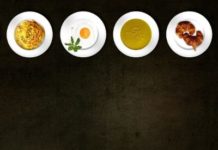 Thinking of starting a restaurant? 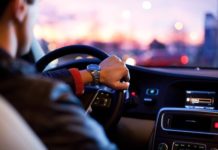 An Introduction – From An Idea to a Business