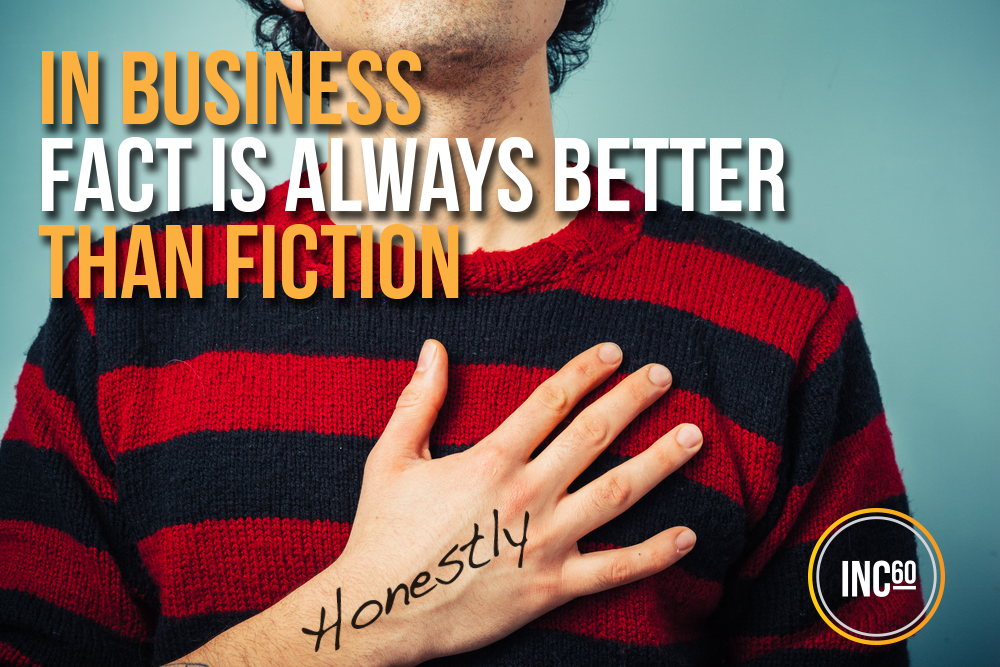 Truth: When we tell the truth we doing our best to deliver the facts available to us in an honest and straightforward way. American academic John Mearsheimer writes that deception is the opposite of truth telling and it occurs when an “individual purposely takes steps that are designed to prevent others from knowing the full truth.” He categorizes three types of deception: (1) Lying, (2) Spinning and (3) Concealment.

Spinning and concealment are similar to, but distinguishable from, lying. Spinning is when a person tells a story but omits certain facts that might be inconvenient or unhelpful. In Ireland it’s called ‘telling what suits’ or ‘being economical with the truth’. No attempt is made to give an accurate account and in fact the opposite is true as the truth is distorted. Concealment involves withholding information or covering up errors, incidents and mistakes that might prove detrimental to one’s position.

In school we read Macbeth and in the end Macbeth got his comeuppance. Machiavelli has never held any real appeal in Ireland because deceit, lies and corruption simply don’t pay. Transparency International ranks countries according to how the public perceives corruption levels in a given country. Last year the top positions (least corrupt countries) were filled by Denmark, New Zealand, Finland, Norway and Switzerland. It is no surprise that these countries also lead other prominent barometers of public wellbeing such as the UN Human Development Index, while their cities top various quality of living surveys. At the foot of Transparency International’s rankings are Iraq, South Sudan, Afghanistan, Sudan, North Korea and Somalia. Corruption does not correlate to success.

During a popular Ted talk on lie detection, Pamela Meyer cites studies that show the average person is lied to between 10 to 200 times each day. Often these are white lies that we permit and accept out of politeness in banal situations. Deception is serious business however. Meyer notes that corporate fraud in the U.S. during 2010 may have amounted to almost a trillion dollars or 7% or revenues.

The bright light of transparency is the only cure for deception and its constituent sins. Openness, strong disclosure arrangements and compliance mechanisms influence behavioral choices and bring about positive behavioral change. They serve to protect investors and consumers alike. Good corporate governance ensures economic efficiency, sustainable growth and financial stability.

Recent disclosures following the theft and release of information from Credit Suisse, HSBC and the Lux leaks have demonstrated the limitations of secrecy in a digital world – traditionally an effective tool to mask deceit. Scandals such as Volkswagen’s emission tampering, China’s baby formula contamination, the 2008 mortgage crisis, Qatar’s World Cup bid and the collapse of Enron highlight the eventual repercussions of deception. Some demonstrate that truth does permeate closed societies

At Inc60™ we meet extraordinary people doing extraordinary things. Sometimes when we talk to leaders, we share a knowing glance, as oftentimes they each put their successes down to the same narrow set of attributes. Every once in awhile we hear something totally different, that turns our world view on its head. Recently we released a podcast with Harry Hughes, CEO of PortWest. Harry discusses his years’ of experience sourcing product in China. China’s portrayal in the media is not positive – they’re stealing our secrets and could turn the lights off at any moment – or so the narrative goes. In Western business schools, students are taught about Chinese business practices such as ‘Guanxi’, which is a system of social networks and influential relationships that facilitate business and other dealings. Sun Tzu’s ‘The Art War’ is also popular. This is an ancient text on strategy, full of vague proverbs and nowadays serves as a kind of Lonely Planet guide for Westerners doing business in supposedly sneaky Asia. Harry Hughes’ take, from actual experience in China, was of an honest and trustworthy people, whose first question is to figure out whether or not you are a decent person. In his experience, when things do go wrong it tends to be because of mistakes or the absence of precise specifications rather than short cuts. Once Harry assures his audience of the simplicity of doing business in China, he takes them through the practicalities of sourcing a supplier, facilitating payment, logistics, importation and customs. This podcast is typical of our efforts at Inc60™ to help entrepreneurs and business people solve real world problems through solid, noteworthy and honest business advice.